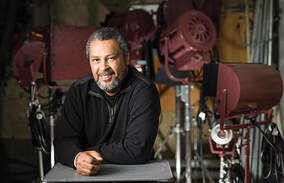 Kevin Willmott—Keynote Speaker
Writing about Race, History, America and the Urgency of Now

Willmott will discuss writing Blackkklansman, Da 5 Bloods, Jayhawkers, and CSA Confederate States of America. Exploring what these films say about our lives as Americans and how writing can create a more democratic nation.

Kevin Willmott won an Academy Award and the BAFTA (British Academy award) for co-writing with Spike Lee the feature film Blackkklansman. The film also won the Grand Prix at the Cannes film Festival.

He also co-wrote and is the Executive Producer of the critically acclaimed film, Chi-Raq also directed by Spike Lee. The film is on numerous “Best of 2015” lists, including best film and best screenplay by The New Yorker Magazine.

Willmott grew up in Junction City, Kansas, and attended Marymount College, receiving his BA in Drama. After graduation, he returned home, working as a peace and civil rights activist, fighting for the rights of the poor, creating two Catholic Worker shelters for the homeless, and forcing the integration of several long-standing segregated institutions. He attended graduate studies at New York University, Tisch School of the Arts, receiving several writing awards and his M.F.A. in Dramatic Writing. Willmott is a Professor in the Media and Film Studies Department of Kansas University. 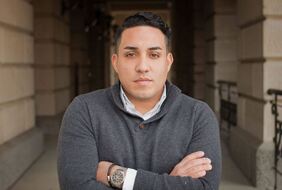 Poetry is a lens that can be both microscopic and telescopic, representing the “. . . clear expression of mixed feelings,” as poet W.H. Auden suggests. Poetry creates space where we can discover ourselves, find our place, and revel in beauty and truth. But through poetry we can also find connection with one another. Poet Mahmoud Darwish said it like this: “Poetry and beauty are always making peace. When you read something beautiful you find coexistence; it breaks walls down.” This presentation will use poetry to help us find our voices, share our words, and discover what truly connects us. May our voices ring true and may our truth have the grace of beauty.

Huascar Medina is a poet, writer, performer, and Literary Editor for seveneightfive magazine who lives in Topeka. He is the current poet laureate of Kansas (2019 - 2021).

With thanks to the Kansas Humanities Speakers Bureau. 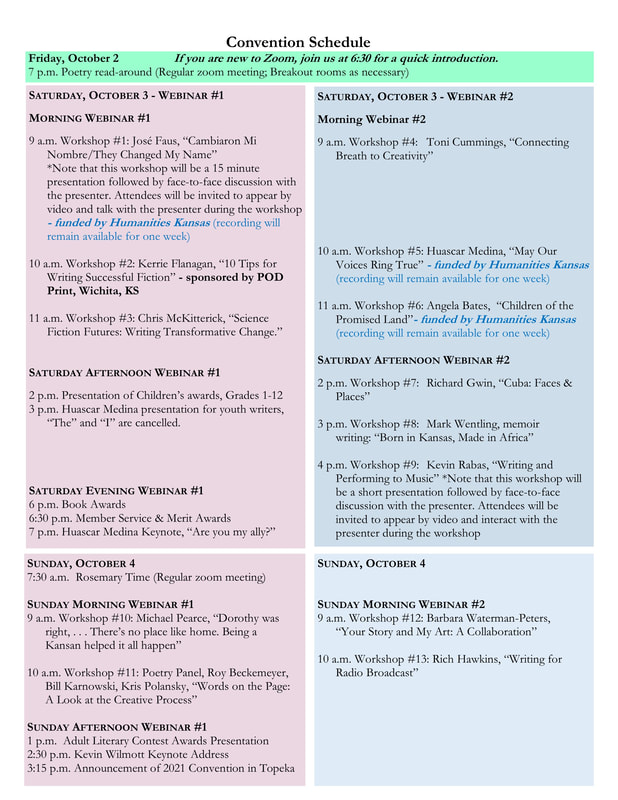 Must be a registered attendee to receive the links to attend. Registration deadline: October 1, 2020.
Thank you to our 2020 Convention Committee 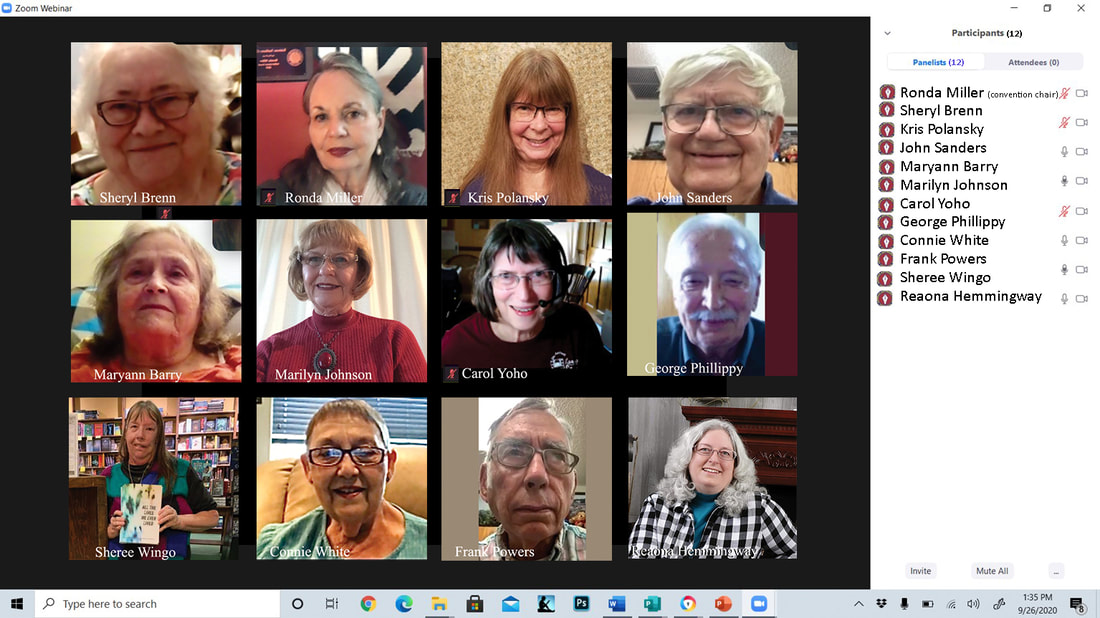